You might have heard of Weighted Sound Reduction Index, or Rw, and be wondering what it is? This is a rating to measure the level of sound insulating ability for walls, floors, windows and doors in a building.

If you’re renovating or refurbishing a property, acoustic ratings and insulation are something that you might not immediately think of, but can make a huge difference to the comfort and liveability of your property.

When the Building Code of Australia was introduced several years ago one of the main changes was the downgrading of the acoustic rating between units. There has been some controversy in Sydney over the years, particularly with unit holders who can hear audible noises from adjoining units.

It is difficult after completion of the building to improve the acoustical rating between individual units, as well as internal rooms. Standard plasterboard, or gyprock, linings as well as fibreglass and polyester insulation have a poor acoustic rating, but are the materials used in new construction. The plasterboard manufacturers have now brought out a new material which appears to have a substantially improved acoustical rating and should be considered as a replacement if the existing linings are not to the owners satisfaction.

Improvements to acoustic rating to floors, including timber floating floors

We have inspected many properties where a timber floating floor has been installed. In the majority of cases it does appear that there has been no consideration to the noise reduction to the areas below which can include unit construction, as well as noise from the first floor area within a residence. Carpet acts as a noise insulator and the underlay to the carpet also assists in the reduction of sound and impact reduction.

How to reduce noise with Timber Floors

We have undertaken enquiries with various manufacturers of products which can be readily installed to substantially reduce noise impact through a floor. This can include the first floor area of a residence, as well as within unit/townhouse construction. The following particularly applies to timber floating floors, but can also be included where additional soundproofing is required below carpets. Where the government has been involved in providing additional soundproofing to houses around the airport, many products were tested. The soundproofing used within the roof void of these buildings does not consist of the usual fibreglass, polyester, rockwool or pumped pulp material. A much higher acoustical rating can be achieved by a rubberised membrane which is fitted over the top of the ceiling joists.

This technical knowledge now appears to be transferred into many materials, several of which have only recently become available in the marketplace. These materials appear to incorporate a similar soundproofing layer which is fixed to a softer material which provides a cushioning affect below the floor finishes. This is particularly relevant where timber floating floors are installed where not only a softer feel is provided when walked upon, but also an acoustical layer is fitted. There are several manufacturers of this type of material. Should additional information be required, then our office can be contacted for more information. Again, where a major problem exists, then an Acoustical Engineer should be consulted.

Windows have made substantial improvements in recent years and mainly come under the two following headings.

Windows are now required to be provided with a performance sticker at the time of delivery. This has been phased in over the last couple of years. The majority of windows, both aluminium and timber were designed some time ago for a typical exhibition house at Baulkham Hills. Whilst this is adequate for most applications, the same windows are placed in buildings in an exposed location such as near the sea, on a hilltop and other locations where the windows can be affected by wind driven rain. For this reason there have been problems with several buildings with water entry, as well as deflection of windows with large panels such as patio sliding doors.

The Australian Window Association has been at the forefront for improvements of these windows. Windows now come in various gradings and windows can be installed on buildings in exposed locations and not be affected by water entry. This includes buildings at the northern end of the beach, hilltops and other wind swept areas where the wind is able to collect rain and push it against the building in a horizontal direction. It is our experience that very few of the window replacement companies are providing adequate information and we have been seen some recent replacements with inadequate graded windows.

The current Building Code of Australia and the Glazing Code requires safety glass be fitted in areas where there is an elevated risk of injuries such as glass on patio handrails, shower screens, doors including patio sliding doors, and sidelight panels to windows. In essence, the majority of the remainder of the glass is a 3mm float glass which does allow substantial loss of heat within a building and provide minimum protection against noise and no security.

Currently SMART GLASS® should be an option that should be considered with any window replacement. In essence, the majority of this glass is a 6mm laminated glass but different characteristics can be incorporated to suit the individual application. The energy ratings of buildings will come in force in the near future and the type of glass which is used will be important to achieve an acceptable rating. Several types of glass can be fitted which will substantially reduce the heat loss within the building during winter and reduce the heat ingress during summer. This usually incorporates a film being applied to the glass to reduce thermal transfer of heat.

In other applications, it maybe desired to reduce noise in the building from a nearby road, railway, airplane as well as noise from a large number of persons gathering or passing by. In other situations it maybe desired that additional security be provided to the building. In this case as the plastic sheeting between the two layers of glass is provided with a special film which does not allow the glass to disintegrate when it is hit, even with a sledgehammer. This overcomes the need for security grilles to a building but still provides substantially improved safety.

If you’re concerned about noise and acoustics in your property and are wondering where to make an improvement, contact us for an expert opinion today using the details below. With over 30 years in the building inspection industry, our experienced consultants will be able to you on the best course of action for improving acoustics and insulation in your property. 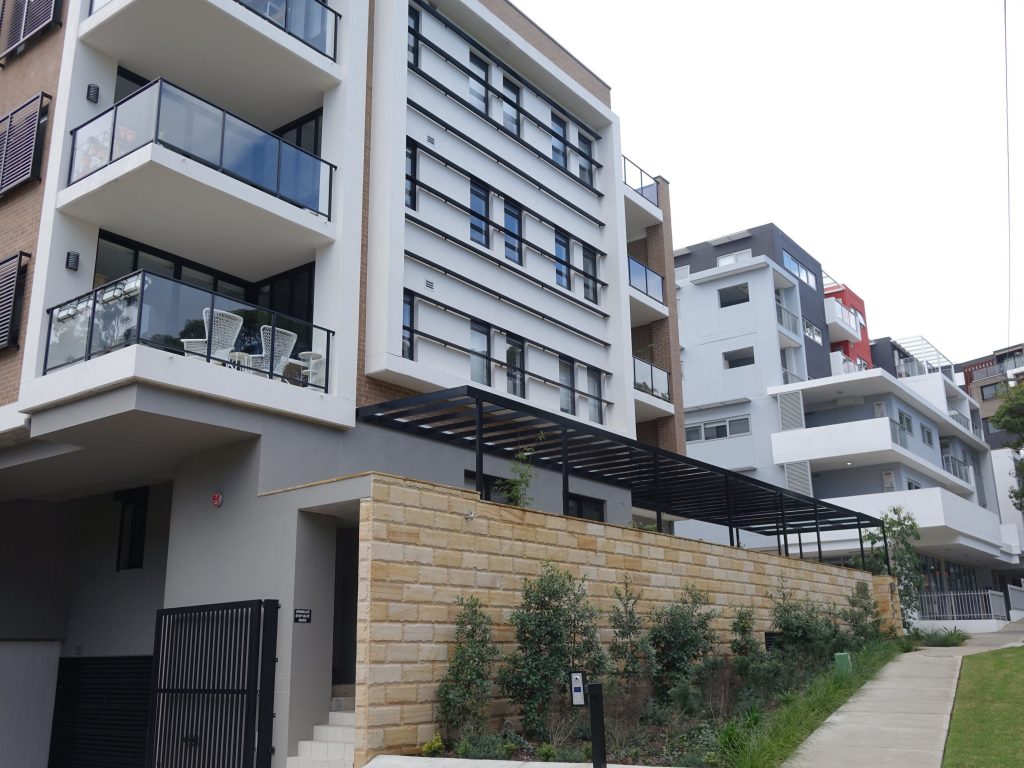